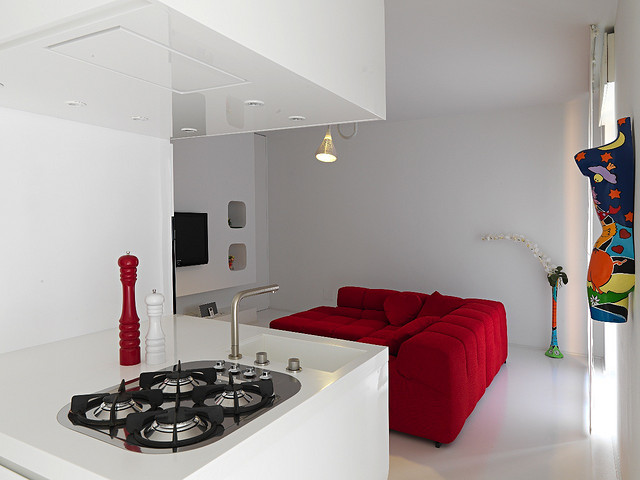 White and red interior designed by Romolo Stanco. The Turin flat called "A Space Odissey" is designed thinking of a movie set rather than a purely architectonic setting. Basically, it starts from the idea of dissolving the real - the physical - space by eliminating any chromatic and formal trait. Keeping... 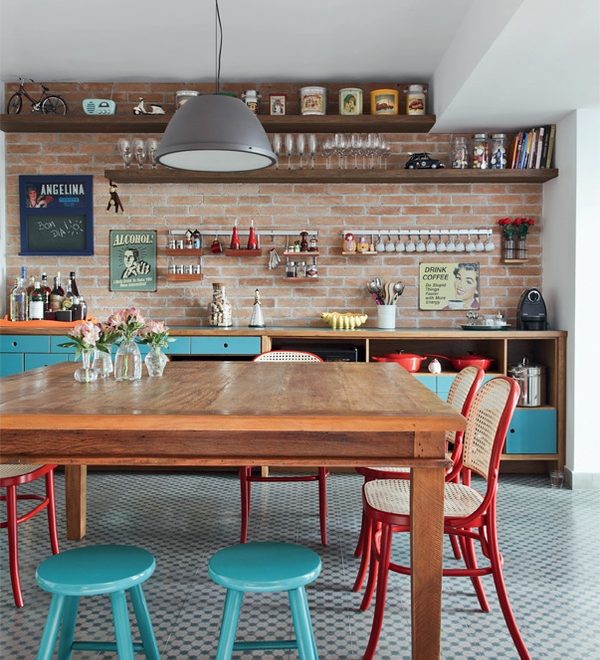 House Beatriz located in Sao Paulo renovated by Gil Mello. I love this retro, vintage kitchen! Great use of colors! Interior design that brings happiness in the house. Bring wellness, happiness, and wealth to your life through your home. (more…) 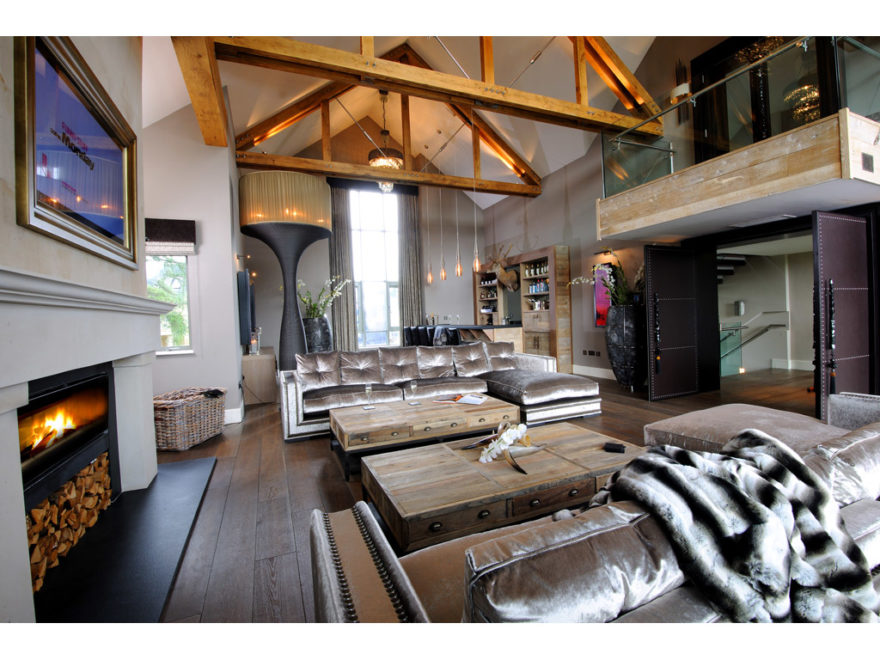 Modern Country Retreat by The Design Practice in Scotland designed by The Design Practice. A modern country retreat at the famous Gleneagles golf course built for traditional lodge-style entertaining, but not withholding technology and modern comforts.   To capture, respect and compliment the house’s position in one of the most world... 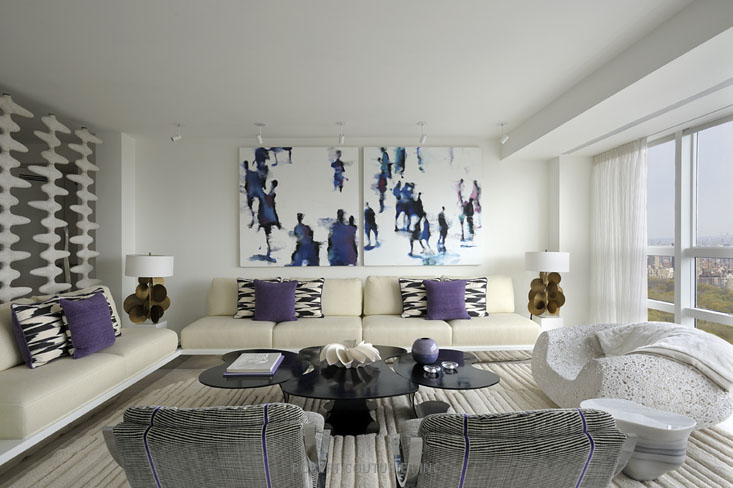 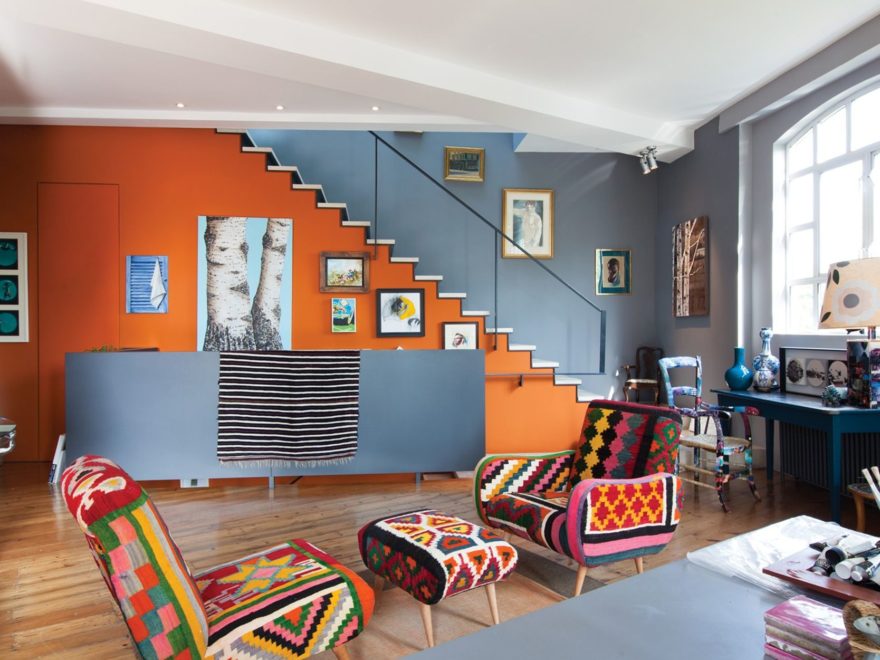 This colorful triplex penthouse spotted on DomusNova,  forms part of the former BBC studios in Shepherd's Bush. Designed in the 1990s by Jonathan Tuckey and Francois Girardin (Tuckey's first project after leaving the practice of David Chipperfield), it has been recently updated by the current owner. Accommodation measures more than 3,000... 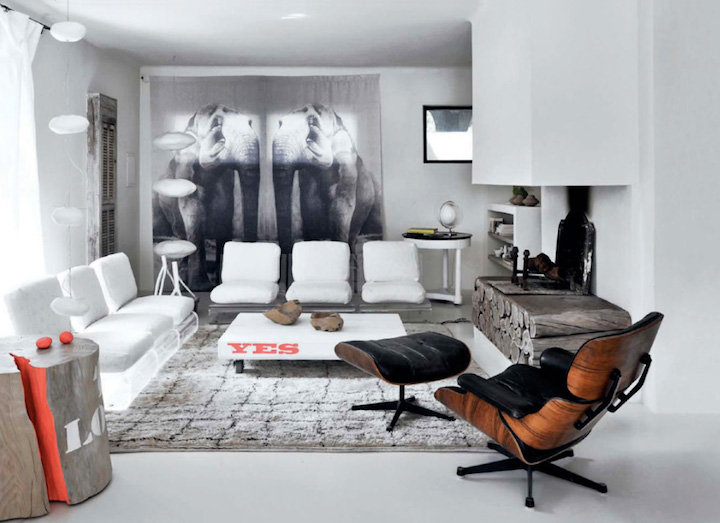 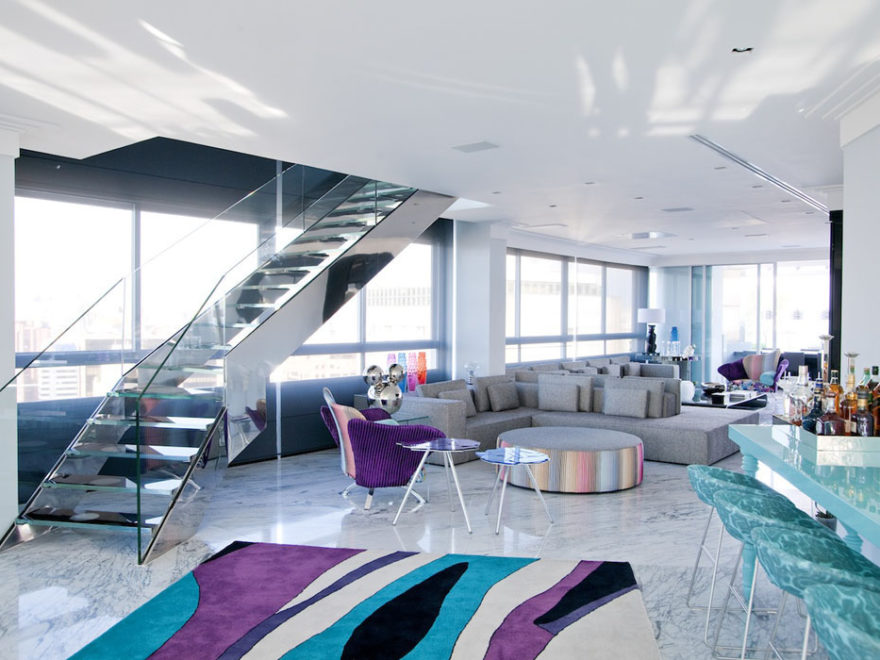 Modern House located in Sao Paulo, Brazil, designed by architect Brunete Fraccaroli. This duplex penthouse of 825 m2 belongs to a family of lawyers. A cheerful and fun space where comfort is the main concern. "I believe that color means life, energy and movement", Brunete Fraccaroli says. (more…) 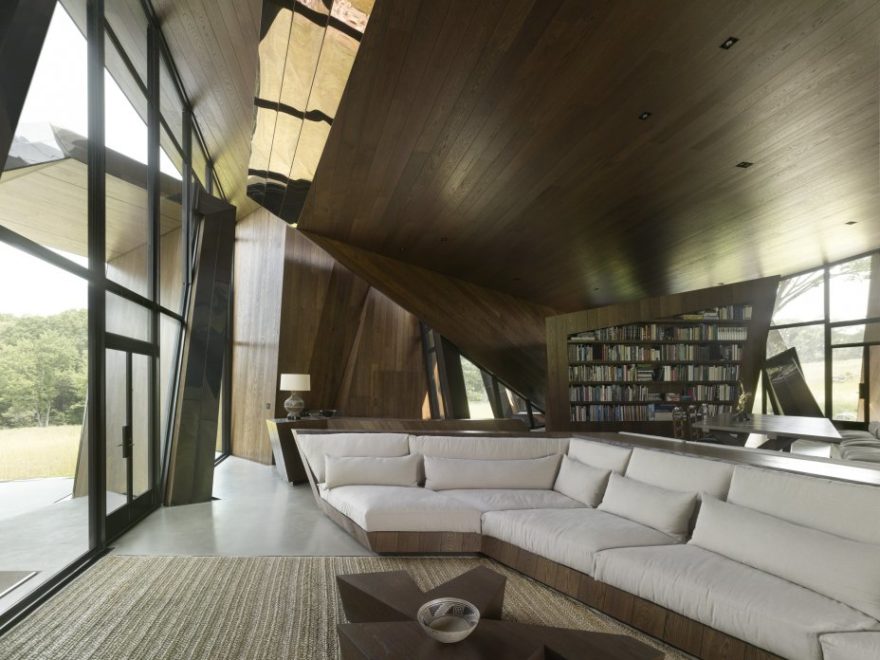 Origami House named 18.36.54, designed by Daniel-Libeskind. The name of this 2,000SF home derives from the 18 planes, 36 points, and 54 lines of the spiraling ribbon which defines it’s living spaces.  This figure, situated on 54 bucolic acres in western Connecticut is clad in mirror-finish bronzed stainless steel and,... 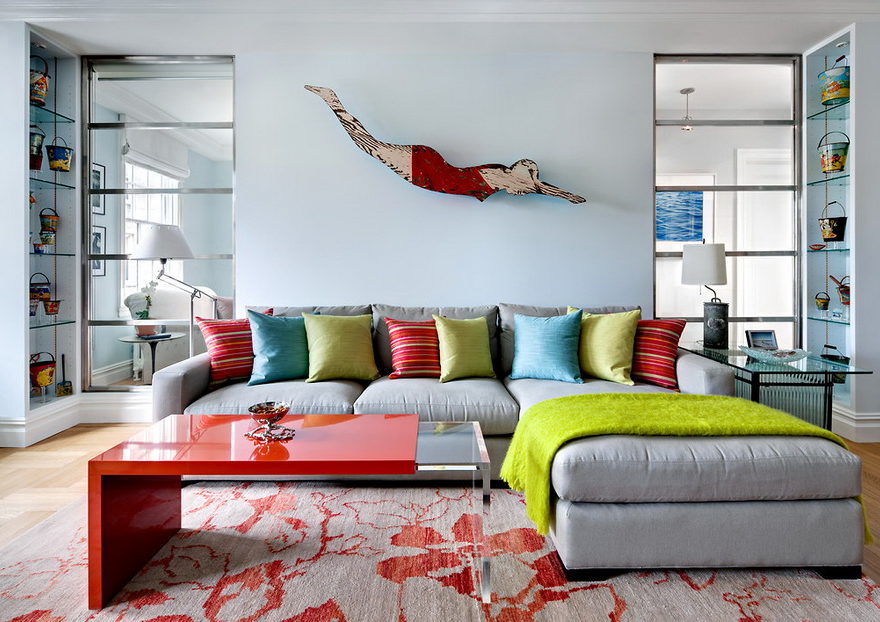 Ms. DiManno 's interesting house with nautically themed folk art in coral, aqua and chartreuse colors. In the living room, there is an eye-catching eight-foot-long wooden piece from the 1930s in the shape of a female swimmer (once the universal sign that a motel had a pool) hanging above the...