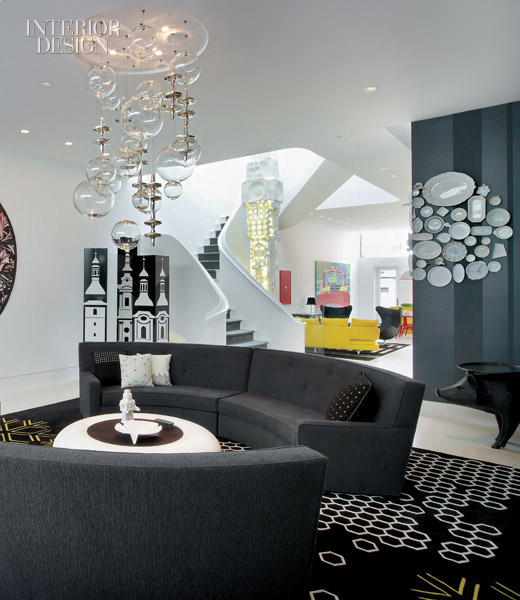 Where the architecture is restrained, the furnishings are no-holds-barred, an amusing mash-up, as Guthrie describes it, of “Bauhaus and Gone With the Wind.” Partly clad in the same bluestone, the shared lobby sets the tone. Other walls and the ceiling are covered in orange fleurs-de-lis on gray polka dots, a pattern by Viñas and her graphic-designer husband, Jaime. Near armchairs dipped in orange paint and a table covered in silver duct tape stands a floor lamp with a spindlelike turned base sporting a fluffy white knitted “sweater.” A self-portrait by Vik Muniz, known for his work in chocolate, stares out at a chandelier made from Ping-Pong balls.

The Muniz occupies a spot between the front door of the duplex and the elevator to the upper stories, where a hand-carved wooden staircase with white-painted plaster balustrades winds upward to a skylit top landing. West, who grew up in Philadelphia but has roots in the South, imagines her ancestors having “a plantation house with a big swooping staircase like this one.” Much less traditional is the inverted layout here: With bedrooms below, the common areas above can take advantage of city views. “The goal was to have a grand space in a relatively small building,” she says.

Some of the best panoramas are from the sixth-floor library. Its front wall is all glass, and a window cut out of the built-in bookshelves frames the side view. (Viñas organized the books by spine color.) A double chaise longue, big enough to hold the whole family, faces two armchairs upholstered in a floral linen that Viñas vinyl-ized. “They can easily be wiped off. We’re always thinking about stress-free living with kids,” she says. Alongside the chaise, strewn with wooly pillows, a couple of sheep sculptures graze on the green rug.

Throughout, she and West indulged their yen for bright colors. The kitchen island is painted yolk yellow, and the counter was custom-tinted to match. Two thick red stripes run, race-car style, around the playroom for the boys, a 5-year-old and 3-year-old twins. Meanwhile, West handed Viñas a photograph of a parakeet as color inspiration for the study. She obliged with a massive pendant dome sprouting turquoise feathers, a bookcase backed in wall­paper in turquoise and sulfur yellow, and a desk lacquered turquoise and white.

Both the architecture and decor engage in a playful dialogue with the artwork, from the Styrofoam tower rising through the center of the stairwell to the murals in the boys’ room. Viñas and West were even inspired to contribute their own installations, including the clusters of yellow or white flea-market plates on a wall in the kitchen. “It was like being a kid,” West says. And finding a best friend to play with.
Photography by Eric Laignel 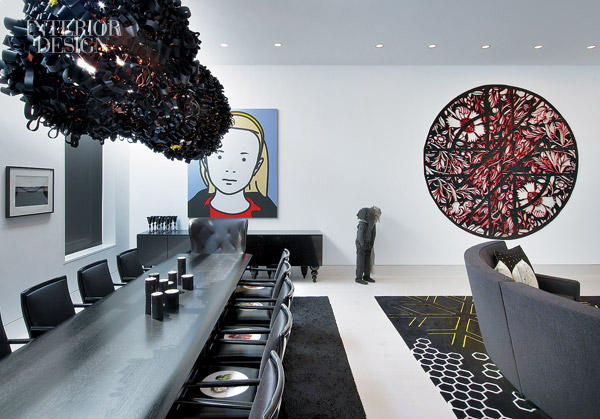 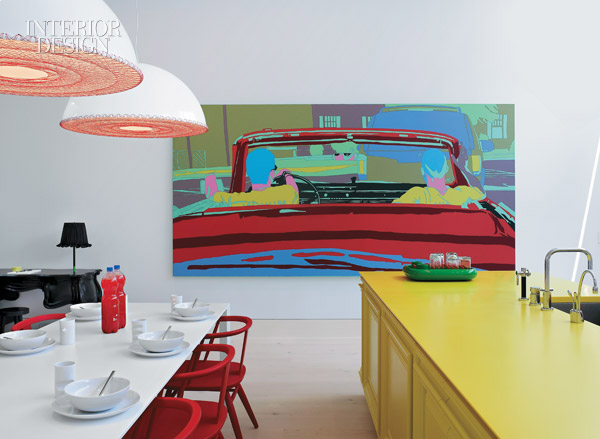 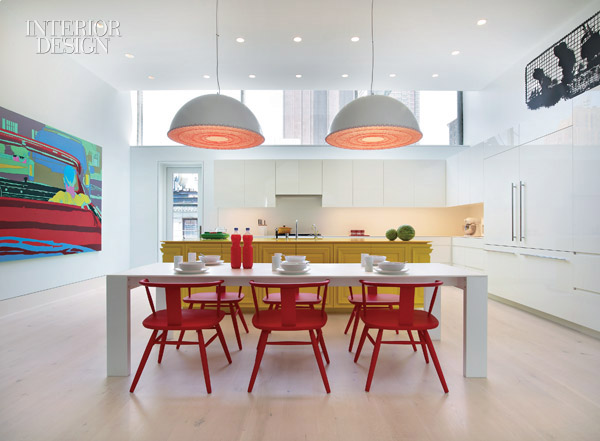 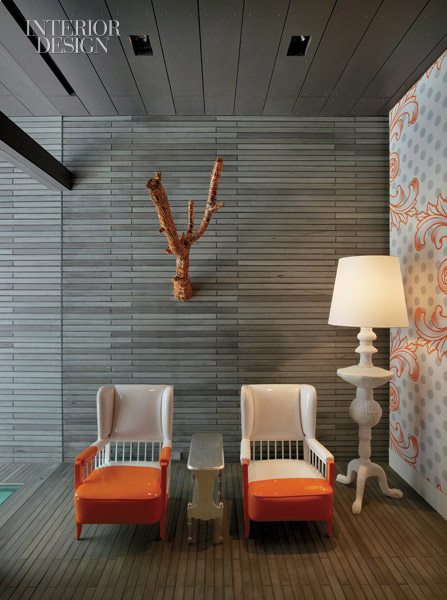 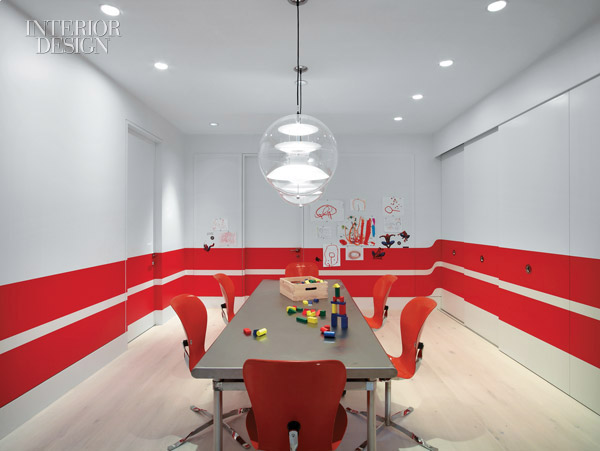 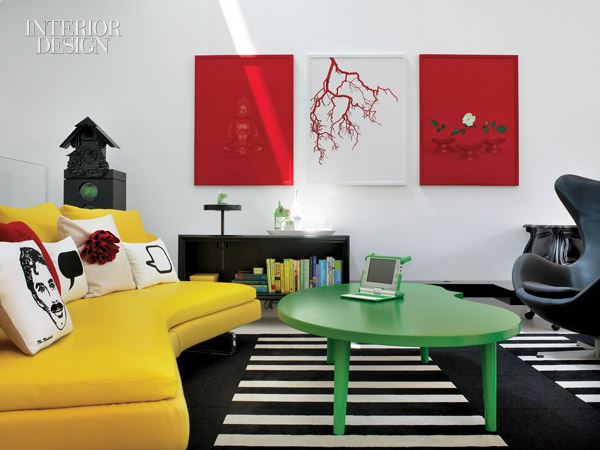 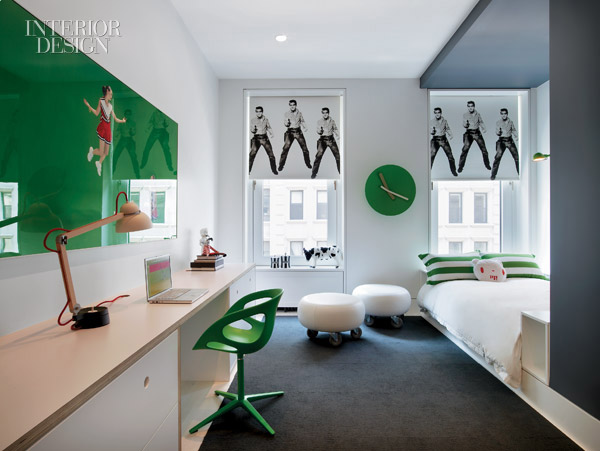 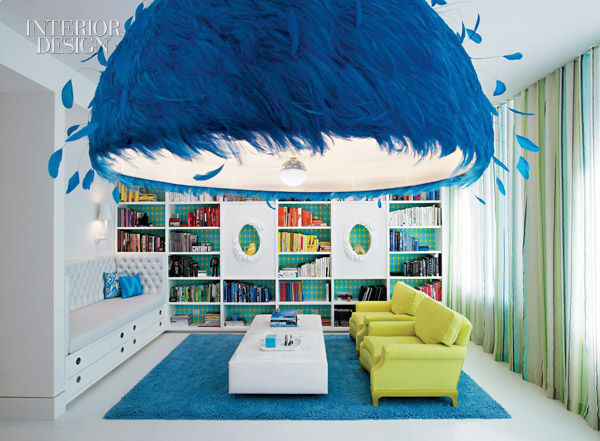 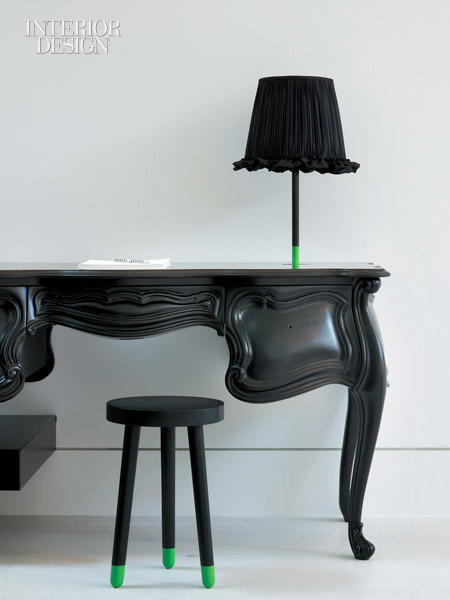 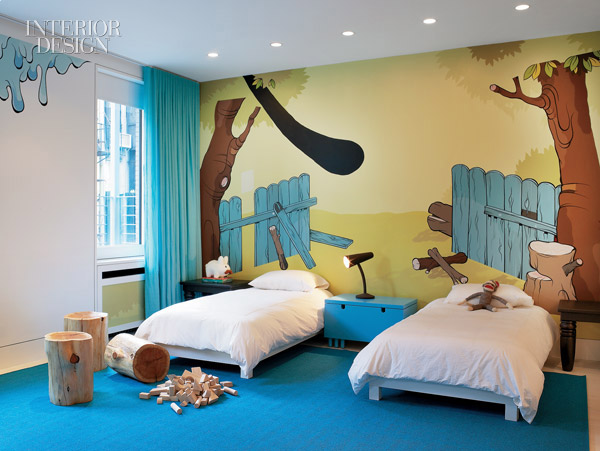 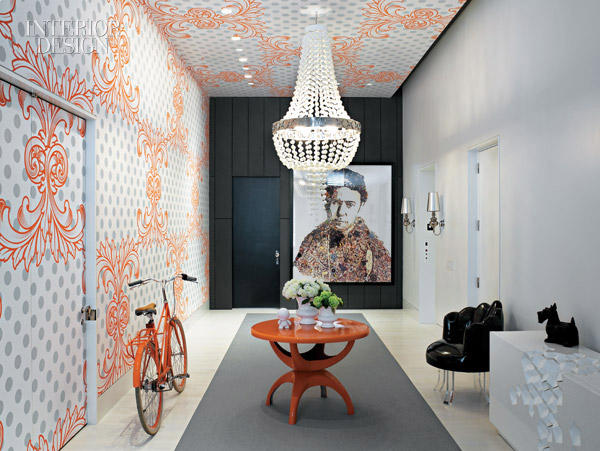 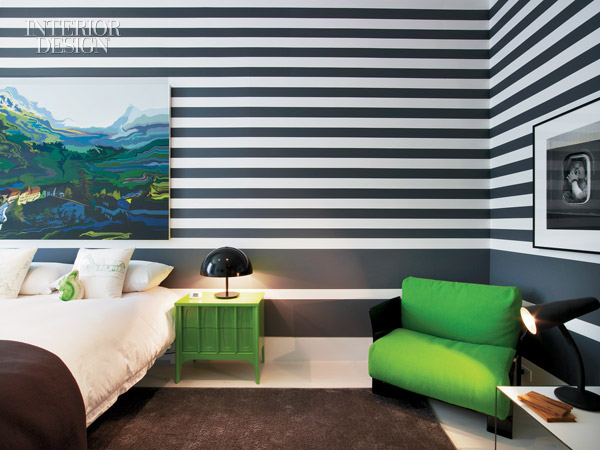